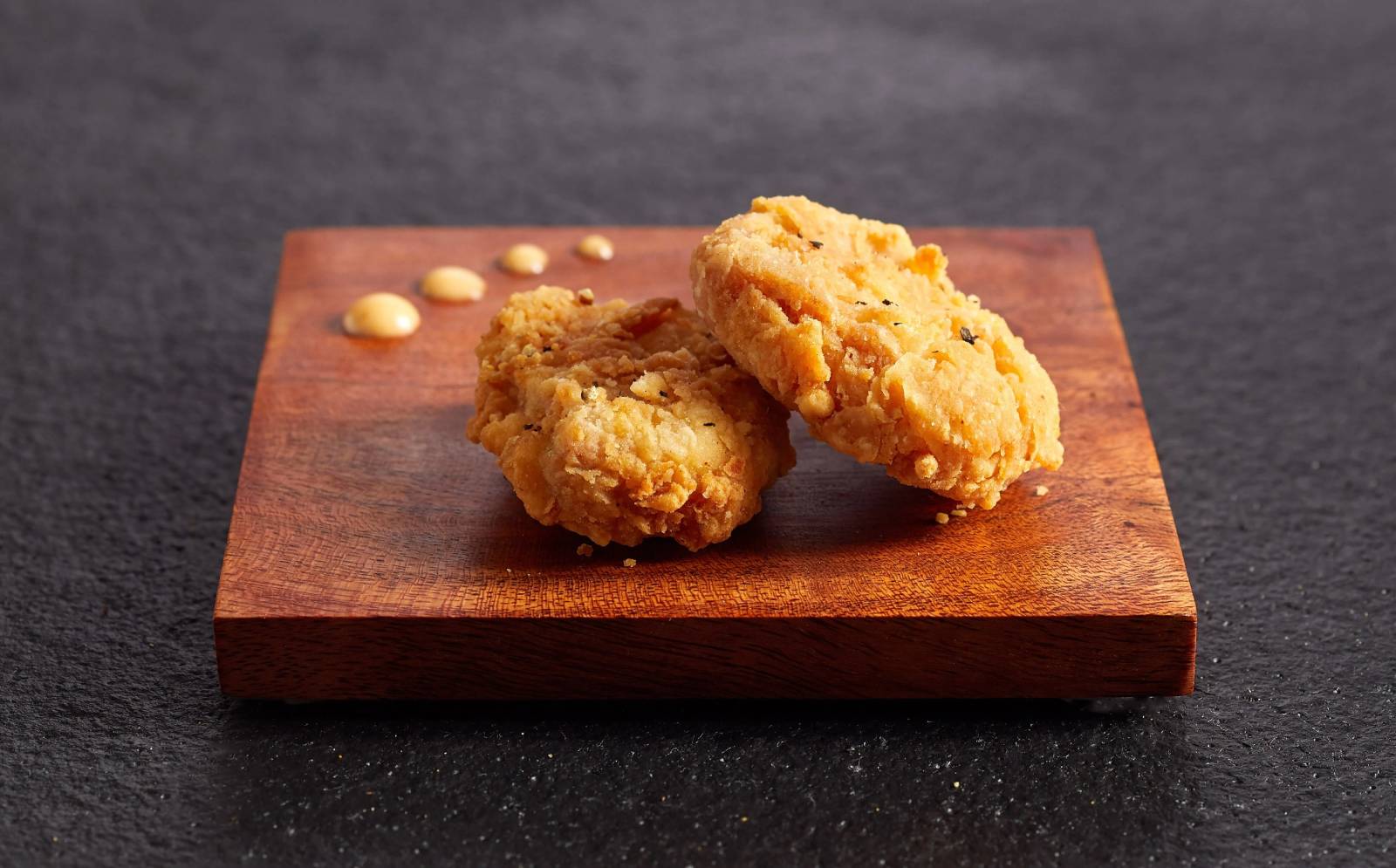 You may have seen the name ‘JUST’ or ‘Eat Just’ in the lab-grown meat news headlines. That’s because they’ve taken the historic title of becoming the very first lab-grown meat producer to have products on sale to the public. Their lab-grown chicken will be sold in a restaurant located in Singapore, after the Singapore government became the first in the world to approve the sale of a lab-grown meat product. But, just who is Eat Just, Inc. and what is their potential?

Who is Eat JUST?

Eat Just, Inc. (also known as JUST) is a private company from San Francisco, California, that develops and markets plant-based alternatives to egg and meat products. Eat Just, Inc. is branded and most commonly referred to as ‘JUST.’ They were founded in 2011 by Josh Tetrick and Josh Balk under the name ‘Beyond Eggs’ and later ‘Hampton Creek Foods.’

The company raised around $120 million (USD) in early venture capital before becoming a unicorn in 2016 as its valuation hit over $1 billion. They are considered to be a leader of future foods and a giant of the lab-grown meat industry.

Eat Just, Inc. is reported to have 249 total employees across all of its locations and generates $90.38 million in sales.

Having formed in Tetrick’s garage in 2011, Eat Just, Inc. first had $500,000 before Khosla Ventures’ provided $2 million in venture capital funding.

Who Are the Founders of Eat Just, Inc.?

Balk is best known for his efforts to push the food industry’s focus towards plant-based foods, successful legislative campaigns for farm animals and for his work with food companies in implementing animal welfare policies. He is also the vice president of farm animal protection for The Humane Society of the United States (HSUS) farm animal division.

Tetrick, the younger of the two founders, is a social entrepreneur and speaker. For three years, Tetrick worked in Sub-Saharan Africa on various social campaigns, such as a United Nations project in Kenya and educational initiatives in various countries as a Fulbright Scholar.

Bill Gates once predicted that JUST will be one of three companies that will revolutionize the food system. So it is no surprise that they are the first company to have products on sale in restaurants.

In 2017, Eat Just announced it had begun developing lab-grown chicken nuggets. They grow the meat inside a bioreactor, in a fluid of amino acids, salt and sugar - without harming any animals. They state that the chicken nuggets are 70% cultured meat, with the remaining 30% made up of mung bean proteins and other plant-based ingredients.

In 2019, JUST acquired its first manufacturing facility in Appleton, Minnesota. During COVID-19, Eat Just sales increased by over 100% from February to July of 2020.

In December 2020, Eat Just was approved to sell its laboratory-created chicken in Singapore. Singapore became the very first government to approve a lab-grown meat product. Initially, it will be sold in just one restaurant. However, JUST aims to buy more equipment to expand their sales into other restaurants, with the future goal of hitting grocery store shelves.

Eat Just, Inc. will work initially with the local Singapore manufacturer, Food Innovation and Resource Centre, to produce the ‘meat.’

Founder and CEO Josh Tetrick said in an interview, “We want Singapore to be the focus of our manufacturing globally. They’re just really forward-thinking in building an enabling environment for this kind of work. Singapore has really spent a lot more time and energy getting this right than western Europe and the US.”

Tetrick has said the new chicken product would be priced at a similar figure to ‘premium chicken’ for the first six months. After that, the cost should come down as JUST grows. “Eventually, we want to get to the place where it is significantly more cost-effective than conventional production.”

JUST develops and sells plant-based substitutes for foods that usually contain chicken or eggs - such as scrambled eggs or mayonnaise.

The company went viral and became best known following the release of ‘JUST Egg’ and ‘JUST Mayo.’ JUST Egg is a plant-based egg substitute made from mung beans. JUST Mayo is a mayonnaise substitute made from a variant of Canadian yellow peas. As of 2020, Eat Just claims to have made 60 million eggs worth of food products.

The ingredients used by JUST have similar qualities to eggs, such as emulsifying and binding. This gives them a similar quality to eggs and can be used for similar recipes, such as crepes, omelets, cakes, fried eggs, scrambled eggs and sushi and burger fillings.

Eat Just, Inc. has faced various criticisms and obstacles since its foundation. Such as when the FDA later forced JUST into making labeling clear to avoid confusion over the ‘JUST Egg’ name.

The American Egg Board was also found to have attempted a targeted campaign against JUST’s reputation. Eat Just, Inc. also faced allegations of buying its own products off shelves to inflate sales figures. The allegations were later dropped, following insignificant evidence.

Although there were rumors of salmonella in June 2017, an FDA investigation found no containment products.

JUST has plans to hit grocery stores in Singapore once the price is right. The restaurant introduction may seem like a small start but JUST has got its foot in the door - before anyone else. They’re in a position to grow. Once regulators in Europe and the US approve cultured meat, you can be sure JUST will be taking similar steps to produce and sell their products.

Eat Just announced in November 2020 it is partnering with Proterra Investment Partners Asia to launch a new Asian subsidiary. The partnership includes $100 million of support, which will help fund the largest plant protection production facility in Singapore. The government’s Economic Development Board also gave support.

Can You Invest in Eat JUST and How?

As of December 2020, Eat Just, Inc. is a private company - just like every other lab-grown meat company and start-up. That means only private donations are possible. However, CEO and founder Josh Tetrick said in 2020: “Our plan is to hit operating profitability before the end of next year.” Before adding, the company is aiming to go public at some point after that.

JUST stated in 2020 that they were seeking funding to take their valuation over $2 billion. A spokesman said, “As a high-growth company focused on expanding Just Egg sales and capacity expansion needs, we are always evaluating sources of capital to achieve our mission to build a healthier, safer food system.”

If you’re interested in investing in lab-grown meat or seeing how you can get involved before it explodes, read our guide on the ‘Top 10 Stocks to Invest in The Lab-Grown Meat Industry’.

JUST has been recognized as:

All figures sourced from Equityzen.com