Lab-grown meat could be on store shelves soon 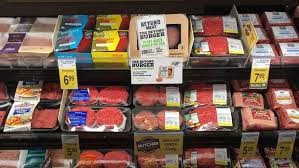 Companies like Memphis Meats, Aleph Farms, Higher Steaks, Mosa Meat and Meatable are all trying to bring to supermarkets around the world meat made from cultivated animal cells, but the problem has always been the cost.

Now, Future Meat Technologies has raised $14 million in new financing to build its first pilot manufacturing facilities to bring the cost of production of a cell-made steak down to $10 per pound - or $4 if the meat is combined with plant-based meat substitutes.

With this investment, we’re thrilled to bring cultured meat from the lab to the factory floor and begin working with our industrial partners to bring our product to market - Rom Kshuk, the chief executive officer of Future Meat Technologies.

While Future Meat doesn’t rely on fetal bovine serum to grow its meat products, it does use small molecules derived from CHO cells, which are used in new medical research and drug manufacturing.

In about one month, growers can make an amount of meat equivalent of two cows’ worth of meat.

Imagine a large truck going to that facility. It’s replacing the meat packing plant. From there the biomass goes through a process like extrusion. You can have thousands of these mass producing units. It’s going to a central facility where the meat comes out at the end. What we are doing is looking for parity and cost.

Like all of the other companies pursuing alternatives to animal husbandry, Future Meat, which was only founded last year, has a mission to reduce the environmental impact of meat eating.

Cultured, cell-based or lab-grown?
The cultivation of lab-grown meat