What is Lab-Grown Meat? - The Guide 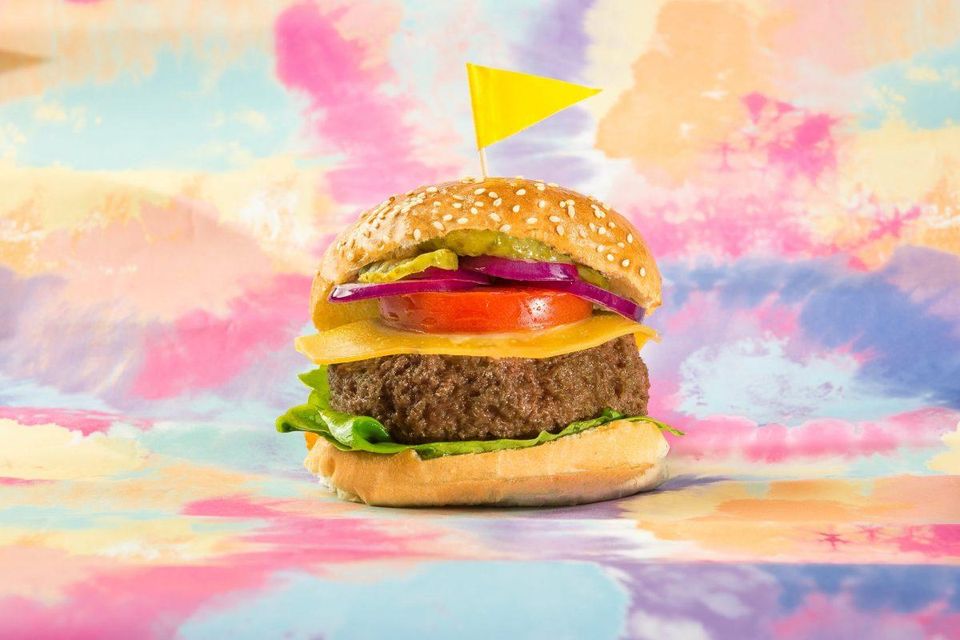 Lab-grown meat (or cultured meat) is promising a future of delicious, juicy meat without the need for taking animal life or deforestation. With the rise of lab-grown meat edging closer to grocery store shelves, consumers are stacked with questions on the subject. In this ultimate guide to cultured meat, we’re going to answer every frequently asked question and explain why it is the future.

What is Lab-Grown Meat?

Lab-Grown meat (also referred to as ‘Cultured Meat’, ‘In Vitro Meat’, ‘Synthetic Meat’ or ‘Clean Meat’) is meat that is grown from the stem cells of animals and made ready for consumption without the need for animal slaughter. Unlike ‘fake meat,’ such as those made from mushrooms, it is made only from the natural growth of animal muscle cells.

What Types of Lab-Grown Meat Exist:

Cultured meat companies are rapidly trying to develop new kinds of lab-grown meat, so far they have produced:

This is all about semantics and definition. The farming industry and meat-heads argue that it’s “frankenmeat” and fake. Whereas scientifically, the meat is near identical just without the blood and killing part.

How is Cultured Meat Made?

Lab-grown meat is not as scary as it sounds. Take beef, for example. Scientists use the muscle stem cells of a cow, called ‘myosatellite,’ and place them in a petri dish or bioreactor. They then use natural amino acids and carbohydrates to support growth. The stem cells then grow into muscle fibres before binding together to form a meat that is similar to ground beef. One muscle cell has the potential to turn into 800 million muscle tissue strands and 80,000 quarter pounders - that’s a lot of meat. No slaughter. No bones. No disease. No farms.

A common misconception about lab-grown meat is that genetic engineering or modification takes place. The reality is the total opposite. Cultured meat is formed from cells doing exactly what they would do inside the body. No reprogramming or modification is needed.

The History of Lab-Grown Meat

Lab-grown meat has been on the rise ever since the concept began in the late 90s. In 1998, Jon Vein secured a patent for the production of cultured meat. Four years later, the first edible lab-grown meat was created, a fish fillet made from the cells of goldfish. This triggered two decades of development, starting with NASA’s turkey stem cell experiments. Since then, we’ve seen beef burgers, meatballs and seafood all get produced and edge closer to the world’s grocery stores.

Does lab-grown meat taste and look like the real thing? That’s the question everyone asks. The answer is far closer to yes than it is no. People have claimed that cultured meat is “certainly comparable to, say, a McDonald’s patty.” While Paul Shapiro, author of a book on lab-grown meat, described one test as “Rich, buttery, savory, and very decadent, just as one would expect.”. The Washington Post reported that it is “almost like a real burger.” A video produced by Memphis meats shows a tester describing it as “it looks, feels and tastes just like chicken”.

However, without ever having had hot red blood pumping through it, it lacks the rareness of “real” meat and instead has a pink complexion. It doesn’t taste like tofu or “fake” meats made from vegetables. With time, the flavor will only improve.

How Can I Try Cultured Meat?

Unless you’re rich or lucky enough to try out current lab test samples, then you won’t be able to try cultured meat until it hits grocery store shelves.

When Will Cultured Meat Be Available to Buy?

Scientists are unable to make clear cut promises, but cultured meat is expected to hit grocery store shelves between 2022-2024. A CEO and Co-Founder of a cultured meat company stated, “We still have at least two years of development until we reach a commercial product and then probably two more years to transfer it to production and to scale it up to the larger quantities required for commercial activity.”

A psychologist at the University of Bath believes that price, taste and “naturalistic fallacy” are the big stumbling blocks. A UK survey revealed that 20% would eat cultured meat, 40% wouldn’t and 40% are undecided.

How Much Does Lab-Grown Meat Cost?

In 2012, the first-ever lab-grown meat hamburger was produced for $325,000. Since then, the prices have dropped dramatically, with a 5-ounce burger estimated at costing around $11.

It would be a fair assumption that cultured meat prices will drop to the prices we expect to pay for regular meat. Is Lab-Grown Meat Approved? For cultured meat to hit stores in the US, it needs FDA approval that it is safe to eat. The FDA and USDA announced in 2019 their framework to oversee the production and labeling of foods. This has provided a clear pathway for cultured meat labs to hit the market.

In Europe, the regulatory pathway is much easier to pass and may mean Europeans get to sink their teeth into cultured meat by 2022.

Whether cultured meat is vegan or not is debated widely throughout the vegan community. By definition, it is meat, so it cannot be included in a vegan diet. However, it has created a loophole where vegans recognize the benefits of not harming animals and promoting a culture where slaughter is less prevalent. It seems if it’s a question of saving the planet, vegans support it. But if it’s a question of eating zero ‘meat’, animal-based products, it is not vegan friendly.

Just like veganism, lab-grown meat is dividing opinion amongst those who follow religions. In an interview with The Wall Street Journal, Rabbi Yuval Cherlow (an expert on kosher tradition and bioethics), stated “There is a disagreement about it and there is a conversation. Also, definitely, there are new questions about lab-meat.” This debate will only grow as lab-grown meat becomes more and more popular in society.

The Environmental Benefits of Lab-Grown Meat

The potential impacts of wide-scaled cultured meat production are mixed. Environmental Science and Technology published a study reporting that it is “estimated that lab-grown meat involves approximately 7–45% lower energy use, 78–96% lower GHG emissions, 99% lower land use and 82–96% lower water use [compared to conventional meat production]”.

However, some scientists believe that over a long-term period (the next 500-1,000 years) the production facilities could increase CO2 levels. Researchers from the Oxford Martin School stated, “Per tonne emitted, methane has a much larger warming impact than carbon dioxide. However, it only remains in the atmosphere for about 12 years, whereas carbon dioxide persists and accumulates for millennia.”

So the reality is that cultured meat will drastically cut greenhouse gas emissions (by up to 96%), but without a global move away from fossil fuels, harmful gasses will persist.

Minimize the effects of Agriculture

Modern-day farming is rife with environmental concerns such as land and water pollution, deforestation, the loss of biodiversity and land use. Studies show that lab-grown meat uses up to 96% less water, 99% less land and could reduce the number of cows from 1.2 billion to 30,000. This could free up a lot of space for more efficient uses and less deforestation.

A Reduction in Water Usage

Wasting water is an all-too-familiar issue throughout the world. PETA states that to produce just 1 pound of meat, you need 2,400 gallons of water, whereas lab-grown meat would need only 25 gallons.

The world’s population is rapidly growing and is expected to hit between 10-13 billion by 2100. Lab-grown meat is seen by many as a solution to a world that is running out of farming space and food every year.

The Health Benefits of Cultured Meat

While regular meat is linked with a high risk of heart disease, diabetes and cancer, cultured meat may be far healthier. The creator of the first-ever lab-grown beef burger said: “We gain greater control over what the meat consists of, for example, its fat content.” If cultured meat producers are able to replace dangerous fatty acids with healthier ones, such as Omega-3, then there could be considerable health benefits. It would not be far-fetched to imagine cultured meat that is specifically designed to be “saturated “fat-free or “Vitamin B12 rich”. Without the use of livestock antibiotics and hormones, that’s a lot less unwanted chemicals entering the body.

If meat is grown in clean, sterile labs, then the risk of disease break-outs is significantly lower. Scientists would have total control of the meat’s development from start to finish. There would be no risk of an infected animal causing a pandemic.

It is also a guarantee that the cases of salmonella and E.Coli would drop significantly once cultured meat becomes popular.

What Are the Health Risks of Lab-Grown Meat?

There is no evidence of lab-grown meat health risks. Food technician Peter Verstraete says there’s no reason to worry, “Stem cells are everywhere. In your muscle tissue there are stem cells, too. The only thing we do is take them out and tell them to multiply and to become muscle tissue. Just like they do in your arm or your leg when you have a wound, to repair the muscle.”

The commercial success of cultured meat will come down to taste and price more than anything else. There will always be a group of the population who want to eat meat directly from animals, but there is also a large percentage who are concerned about animal welfare and environmental effects. Once it hits the shelves and prices are affordable, you can expect lab-grown meat to be a regular part of everyday cooking.