Matrix Meats and the world of 3D Scaffolding 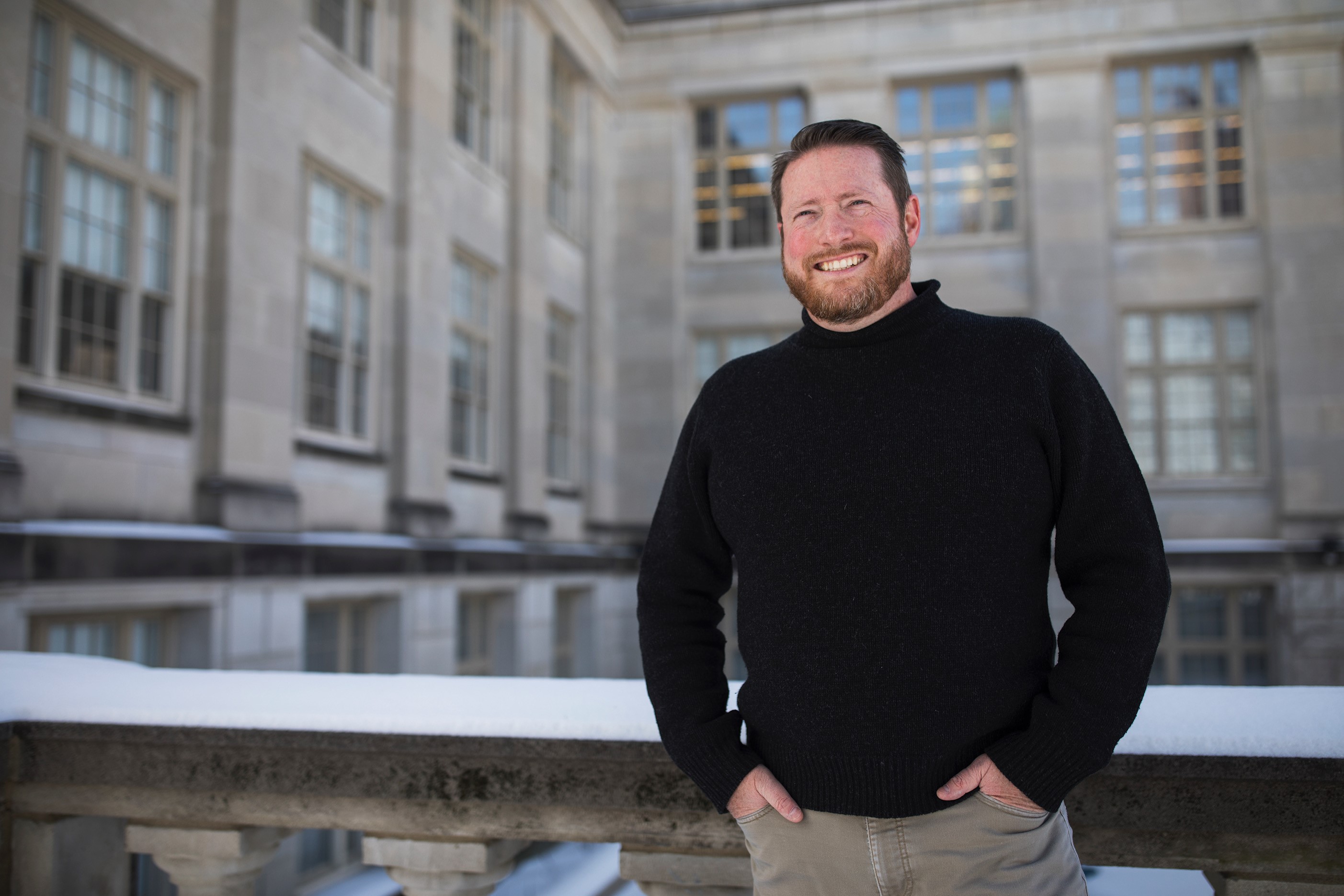 Matrix Meats is a company based in Columbus, Ohio that produces nanofiber cell scaffolding. It’s their “bread and butter”. So why should you care? Well, in short, lab-grown meats needs them.

Companies such as Eat Just and Wild Type have shown that they can grow meat. The caveat is that the products offered are severely limited compared to the traditional meat that you or I are used to seeing in our local grocery stores. All traditional-meat alternatives offered are ground.

But people want steaks and pork chops. People want bacon and filet mignon. Ground meat only is just not enough. So how do we start producing more than just ground plant- and lab-based meat? For starters, adding structure to cultivated meat would be a huge step forward.

The following is a conversation with Matrix Meats CEO, Eric Jenkusky. He sheds some light on the capabilities of Matrix Meats scaffolding and how it has poised the company in a position to help bring about variety to the lab-grown meat industry with their patented 3d nanofibre scaffolding in the near future.

Q: How does your scaffolding work?

A: So the scaffolding that we’ve created is actually able to control the fibre alignment, the fibre diameter, the porosity and the degradation rate, and we can also input various elements such as vitamins, minerals and growth factors, so there is a lot of opportunity to be very creative. We can also design a scaffold where certain selections of fibres can grow fat cells and other selections of fibres can grow muscle cells. 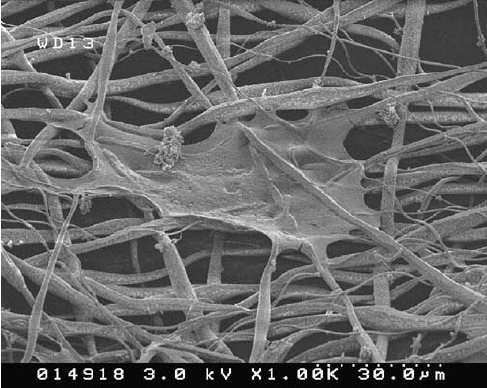 Q: So this would essentially help marble products like a lab-grown steak?

A: I mean in theory yes, we’re ready to get going but there’s other larger challenges than the scaffolding that some of our customers need to solve first. In some cases we’re basically waiting for our customers to give us the green light.

A: Our technology is 15 years old, we repurposed it when we launched Matrix Meats. One of our partners is a company called Nanofiber Solutions and it’s their ip portfolio that we’ve licensed. The technology that we use has also been used in regenerative medicine for 15 years and is the brainchild of Matrix Meats co-founder, Dr Jed Johnson. We use the manufacturing process called electrospinning to manufacture these fibres, and electrospinning has been around for multiple decades. It’s scalable, and some of our sibling companies that are in the medical space have FDA approved products that are fully scaled. So we’re able to scale rather quickly once the demand for scaffolding is able to meet it… 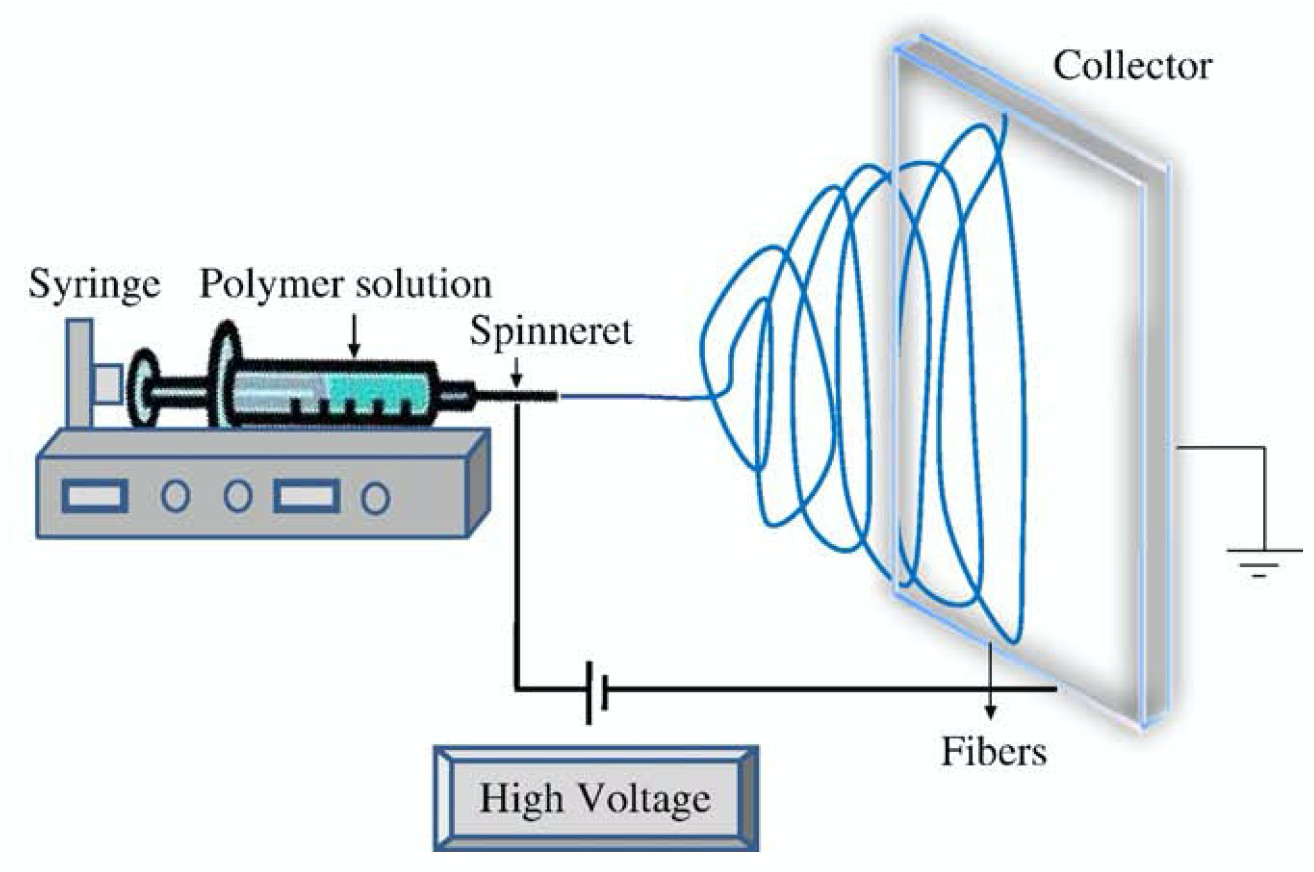 For our readers: As Mr. Jenkusky mentioned, electrospinning has been in use for decades and observed for centuries. The first observation of electrospinning was in the 16th century. In the late 19th century Charles Vernon Boys described “the old, but little known experiment of electrical spinning”. His experiment consisted of a small dish, insulated and connected with an electrical machine. C. V. Boys observed that as liquid in the dish reached the edges, he could draw fibres from numerous materials such as shellac and beeswax.

This same process (albeit more complex and refined) is used in Matrix Meats applications, to spin out polymer fibres from different solutions to build these scaffolds. Polymers are any of a class of natural or synthetic substances composed of very large repeating-unit molecules, known as macromolecules composed of synthetic or natural compounds. Organic polymers are naturally abundant, providing basic structural materials for many living things and vital life processes.

Based on this patent “ELECTROSPUN POLYMER FIBERS FOR CULTURED MEAT PRODUCTION”, we can see that Matrix Meats is thus using electrospinning to pull polymer fibres from various organic and synthetic compounds to create these scaffolds.

This is where the scalability advantage that Mr. Jenkusky mentioned comes into play. While the technique is not new, polymer electrospinning has been refined, used and researched over decades, while other scaffolding methods are much newer and less developed. The refining process for these nanofibers has reached such a point that, as mentioned previously, Matrix Meats scaffolds can grow different types of cells, be edible and vary in complexity and nutritional content.

A: (continued)…We also want to be on the inside of as many meat products as possible. We want to be in every hamburger, steak, whatever. In addition to that, we also make microcarriers that compete with other producers, but the difference is that our microcarriers are edible unlike other microcarrier products that have to harvest the cells off of them because they’re inedible. We can also engineer our scaffolds to be fully degraded by the time the little pieces of meat are collected if that’s what a customer requires. So that would also put us into the minced meat type of category, such as cultivated hamburgers etc.

For our readers: Microcarriers are used to support the growth of cells. Some of these applications are used for vaccine development, although Matrix Meats will be focusing on using these for the growth of lab-grown meat cells. Microcarriers offer a large surface/volume ratio, because they are suspended in a medium that offers a 3D culture environment. This is where the minced meat category comes in for Matrix Meats as they can create big clumps of cultured-meat cells that don’t need structure like a steak.

Q: What brought you into the industry?

A: I was attracted to this industry because I got to attend the 2019 scientific conference on cultured-meat and I was just blown away by the collegial nature of the industry, and how friendly and warm and welcoming everybody was. It seemed like everybody had a mission to change the world for the better with lab-grown meat! See I come from a heavy defense contracting background, and that world is completely different.

Also, when I joined Matrix Meats and was initially briefed on their product, I thought “Wow, this must’ve been what it felt like to be in the room with Henry Ford when he told his team that ‘Hey, we’re going to displace the horse and buggy with this thing called the combustion engine. We’re going to mass produce this and change the world’” and that’s how I honestly feel, that we’re all on the genesis of a world changing industry.

Q: Do you have any competitors?

A: Well, there are a lot of companies doing things such as spinach cell scaffolding but they are sort of a subcategory of us. We’ve been doing scaffolding for over 15 years, and we’ve helped with research for universities and governments all over the planet. Personally, I feel like our technology was validated by our study in Nature where they did a research study for the department of defense, which is for volumetric muscle loss. Which means if you’re a soldier and you get your bicep taken off by an IED, the objective was to be able to grow muscle to re-insert and repair the muscle. So the University of Pennsylvania used our scaffolding technology to successfully do that with mice. 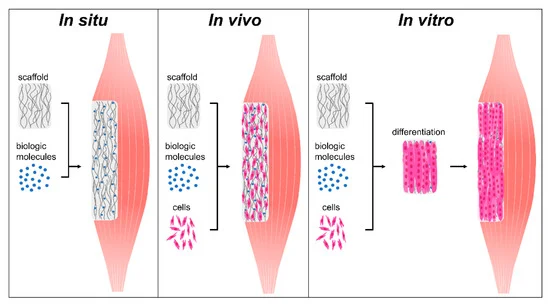 Published in Nature in June 2020, this study looked at the viability of polycaprolactone nanofiber sheets/scaffolding in promoting the co-growth of myocytes and spinal motor neurons in a controlled volumetric manner. Using nanofiber scaffolding, the scientists were able to precisely control the shape and size of the muscle/neural cell growth to best match the volume of muscle mass missing in a rat’s limb. The precision with which the implants could be grown was noted in the study and is what Matrix Meats is capable of offering to the cultivated-meat industry. Steaks may not be too far off after all.

THE FUTURE OF CULTIVATED MEAT

I mean, until government bodies such as the FDA regulate and govern cultivated meat products, you never know right? Until regulations come in, if the product only contains 1% lab-grown meat, then you can call it as such. In the future, we will have standards that the industry will adhere to.

Q: When do you think that cultivated products will be sold commercially?

A: Well we’re targeting Singapore first, and quite frankly I have no idea when major entities like the U.S., Canada, Europe will get their act together and approve these types of products. There are certain parts of the world where cattle corporations are extremely powerful so they’re also providing some push back. But on the flip side, there are huge countries such as Brazil, China, India that have growing middle classes with massive appetites for protein, and because of that we’re running out of production capacity. There’s also huge deforestation going on to provide land to raise these animals for slaughter. So I’m hoping that lab-grown meat gets approved sooner rather than later.

Hi, I'm Hunter. I'm a recent chemical engineering graduate fascinated by the explosion of biochemistry in the fields of medicine and agriculture. See you around!

How to invest in Lab-Grown Meat
Future Meat Technologies raises record-breaking $347 million in Series B funding, while reducing cost of cultivated chicken to $7.70 per pound